If you’re interested in growing cannabis, it could be that you’re mostly interested in growing cannabis rather than gardening in general. However, if you want to grow the healthiest plants in the most natural way, it might pay to branch out a bit.
You may have heard the term “companion plant.” If you’re unfamiliar with it, the term is essentially used to refer to plants that grow well alongside others. For example, many Native Americans plant corn, squash, and beans altogether, and refer to this mix as the “three sisters.”

Unfortunately, not every plant pairing is healthy. For example, tall plants like tomatoes may overshadow smaller plants, which may stop them from getting enough sunlight. And, of course, different plants require different soil compositions and different amounts of water.
If you try to plant a very water-reliant plant next to one that prefers only damp soil, you may have to choose between drowning one plant or letting the other dry up. On the other hand, some plant pairings are not only benign, but can also be beneficial. Why would you want to use companion plants?

Growing cannabis with companion plants can…

This cannabis plant is growing in a pot surrounded by marigolds.

Aside from the surface benefit of helping hide your cannabis plants if you’re growing in an illegal area, companion plants can do a lot of other things for your crop. They can drive out unwanted vegetation without the need for additional pesticides, improve the quality of the soil, and repel pests. Some of the best companion plants for cannabis are:

Alfalfa grows deep roots that help break up the soil, and it also helps to balance the levels of nitrogen in the soil. It accumulates phosphorus, magnesium, iron, and potassium, all necessary nutrients. It can also help with pest control indirectly by attracting beetles, wasps, and ladybugs, which will eat more harmful pests.

Marigold has been used for its medicinal properties since Ancient Greece, as well as for food coloring and makeup. This plant releases insect-repelling chemicals into the soil that can remain there for years, and it is also rumored to release chemicals that stimulate healthy plant growth and nectar-rich flowers.

In addition to being delicious, garlic is a natural fungicide as well as an insect deterrent.

When chamomile dies, it releases the calcium, sulfur, and potassium it has accumulated back into the soil. While it’s alive, the smell of the flowers repels flies and mosquitoes while attracting bees and hoverflies.

Beans can pull nitrogen out of the air and turn it into nitrites. Those nitrites go into the soil where cannabis can absorb them, combating nitrogen deficiency.

Try building small rock cairns in your field if you are growing outside. With luck, spiders will take up residence there and help you with any pest control issues you may encounter.

Many plants grow best when they are planted in close proximity to companion plants that share a symbiotic relationship with your primary crop, and cannabis is one of them. The plants listed in this article are by no means the only options, but they are some of the best. Happy growing! 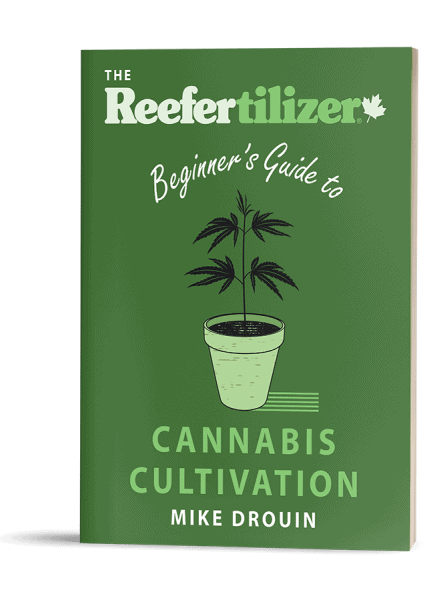 One thought on “5 of the Best Companion Plants for Cannabis”